This conference is free and will take place at St John at Hackney Church (E5 0PD), The Tomlinson Centre (E8 3ND) and online. Check keynote speech and workshop Eventbrite listings for more information.

Register to attend on Eventbrite.

This conference aims to focus on practice to unmask, repair and prevent racial trauma on Black and Global majority ethnic children and families in Hackney.

We invite Council staff, partners and schools in Hackney and beyond to work through an approach with us at this event, where staff have an awareness and understanding of racial trauma and begin to examine strategies for healing and transformation.

There will be opportunities throughout the conference to hear from inspiring speakers, confront your racism within and challenge systemic racism through learning innovative strategies. We will weave in issues on racial justice, anti-racist practice and the trauma-informed approaches we can offer our Hackney children, families and community.

Session 1: Did you stop to think? You might be the problem

Session 1: Bridging the gap – schools working with parents and carers

Session 2: Did you stop to think? You might be the problem

Session 2: Bridging the gap – schools working with parents and carers

A Brave Space to Talk about Racism

Session 1: SEND and Intersectionality in Practice

Session 2: SEND and Intersectionality in Practice

The Voice and Influence of Young Futures

David Weaver is President of the British Association for Counselling and Psychotherapy (BACP), and previously served as a Governor / Trustee (2012 to 2016) and Vice President (from 2004 to 2009). He has played a key role in BACP’s drive to embed social justice and he strongly advocates the relevance of the counselling professions for ‘ordinary people and communities.’

A former social worker, university lecturer, local authority senior manager and political advisor and former political advisor to Home Office ministers including the Deputy Home Secretary and Home Secretary in the late 1990s, David represented the UK government on a council of Europe body – (European Monitoring Centre on Racism and Xenophobia) based in Vienna. He is passionate about social justice, human rights and anti-racism. Regularly featured in the media.

Rosemary speaks, writes and delivers leadership development programmes for clients across the globe. She aims to situate the Global Majority at the heart of the conversation rather than ‘other’ them as minorities. By centring equity and social justice and decentralising patriarchal, colonial, linear, top-down leadership models that are unsustainable irrelevant, unethical and presently imploding, she goes beyond discussions about representation to reframing leadership purpose from an anti-racist Global Majority perspective.

She developed a leadership preparation programme focusing on increasing the numbers of Black and Asian leaders in London Schools, for the Institute of Education, University College London. Investing in diversity became the catalyst for all subsequent leadership programmes addressing the under-representation of Black, Asian, and minority ethnic leaders in England’s schools’ sector.

Rosemary frames her work through a critical race lens and describes herself as an anti-racist, humanist and womanist andwas awarded an MBE for thirty-five years’ service to education in the United Kingdom.

A New York Attorney and Solicitor of England & Wales with broad expertise in the financial services industry, she is also a writer, public speaker and political commentator featured in mainstream and online media. She founded the Women in Leadership publication as a platform to drive positive change on topical issues that impact women globally through inspiring personal leadership journeys; and established She@LawTalks to promote women & BAME leadership in the legal profession through universities and secondary schools. An academic enthusiast, she has an Executive MBA (Cambridge); PhD (Birkbeck); LLM (London School of Economics & Political Science); MA (Westminster) and LLB Hons (Buckingham University).

Jahnine’s session will pull together the conference discussions from across the week, considering and enacting what this means specifically for Hackney practices, and drawing on experiences such as Child C and Child Q.

Born and bred in Hackney, Jahnine Davis is one of the UK’s leading specialists in the safeguarding of Black children – with a core focus on adultification bias. Jahnine’s PhD research explores safeguarding responses to Black children when harm is outside of the home. Jahnine has over 20 years’ experience of working in both the charitable and statutory safeguarding arenas. This includes her current role as a member of the National Child Safeguarding Practice Review Panel. Jahnine is also the Co-Founder and Director of Listen Up, a company established to amplify lesser heard voices in child safeguarding research, practice, and policy.

Register to attend keynote speeches and workshops on Eventbrite 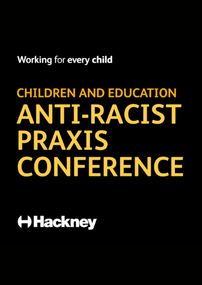